Harp/Chang is like soul for me. It's physical impact is the sounds from the strings which are bound together under the instrument's extension. This Harp/Chang handles the energy & is the bridge from earth to heaven

The origin of Harp/Chang like many other instruments is Africa. It is not wonder to know that before the creation of Chang/Harp, Africa was the origin of human being. Gradually, change passed by the Africa and the Atlantic Coast Ocean, America and Siberia, China and India and Middle East through Europe and it's used in different usage of human living as a musical instrument.

In 1914, the first unknown picture from a harpist (1500 B.C.) was found on the cave's wall in South France in area by the name of two brothers 1 in region of Arich- Pirene2, by digging machin Meatos Adobert by three brothers Henry,Clat Jeau, Beguin.

Copies and documents of furniture of primitive people show some instruments like bow and arrow, boat form, spoon or bil or cross moon or triangle.

In primary form, the preliminary form of harp was appeared in the shape of four metal string but some harps was found which was covered in golden color and some flowery curving on them. Definitely, primitive people were excited by the sound which came from its bow and arrow but he rapidly explore variant sounds which derived from these diagonal strings: Short string produced high sounds and long strings was made low sounds. However, Harp/Chang was born when arrow released from bow and sounds produced from pulling the bow and also the act of shooting. Although hunter and fighter donot creat various things but the sounds of music was more important than musical instruments.

Since there are some paradoxical stories regarding harp/Chang but none of them cannot be true to convince the origin of Harp/Chang. The oldest Harp/Chang which is known in Britain from the Middle East is two triangle form instruments with 29-30 strings. It is said that the form of Harp/Chang is came from Greece. The angular Harp/Chang of Persia was called Erpa or Chang. The primary arch form Chang/harp was played in Poland for the first time which imported from east and distributed by Arab people and soldiers."

rewrite from Art and Music Magazine 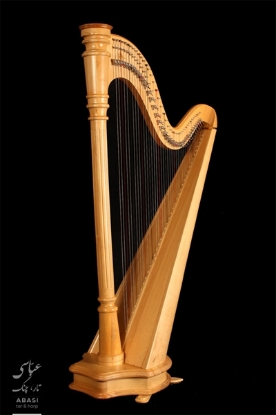 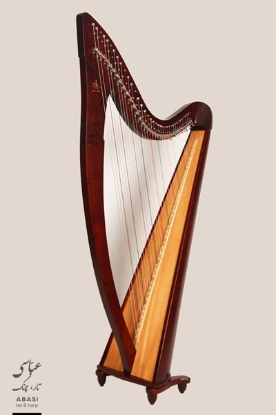 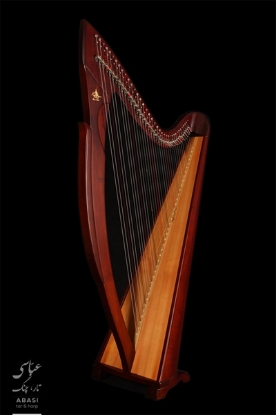