Reza Torshizi, the writer of the One Thousand Years of Rhythm in Persian Music writes: “In the poetry book, the Yadegar-e Zaryaran, which narrates heroic fictions of the Parthian period the word “tombak”is mentioned". Francis Galpin in his book, The Music of Mesopotamia, writes that in the Mesopotamia and Central Asia a kind of drum was common which was called the lilis. The smaller version of the lilis was called the lilissu which is very similar to the darbuka, the Arabic drum. The lilissu was made of clay and wood. A sample of the lilissu is now preserved in the British Museum. Also, in one Babylonian tablet, the lilissu is shown in detail. Another instrument which is very similar to the present tonbak is the cup- shape drum. Almost around 400 of these kinds of drum belonging to the Bronze Age and New Stone Age were found in central Europe. They are made of clay. Also, another cup- shaped drum from 500 B.C. was found in the Altai area of Russia.

Another cup-shaped drum from 2800 B.C .was found in Check Republic. Today, we can see a different version of the cup-shaped drum which is made of wood. These drums are played in Africa, the Indian subcontinent, and southeastern Asia. Although the cup-shaped drums and other Persian percussions like the daf and dohol are very old and their history dates back to several thousand years ago, the tonbak which is now used in the Persian art music is relatively a new instrument. We even do not see an image of the tombak in the paintings of the Chehelsotun Building from the Safavid era.

The first traces of the tombak date back to the Qajar period. The apparent shape and its abilities to generate different sound effects indicate that the tombak is more developed than other percussion instruments such as the daf, dohol, and dayreh. The tombak also pronounced "tonbak". The word "tombak" comes from two separate words: "tom" and "bak". The "tom" is the strong struck put on the middle of the skin and "bak" is a weaker struck put on the side of the skin. 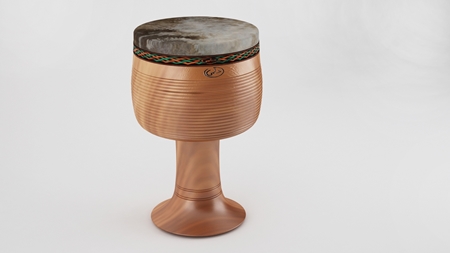 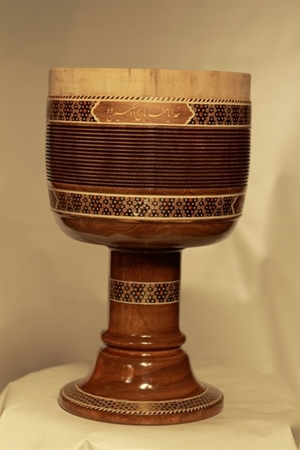 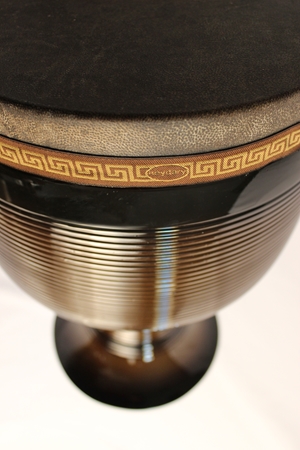 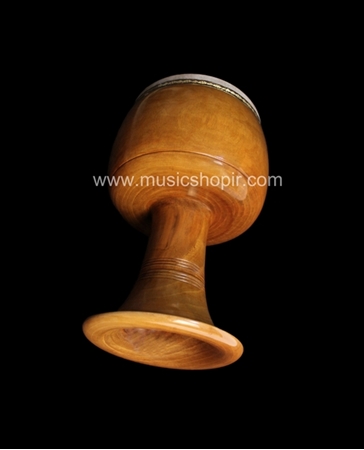